by  Lisa Furgison Just like old wives’ tales, myths about what does and doesn’t work in email marketing can outlast unbelievers. We’ll... 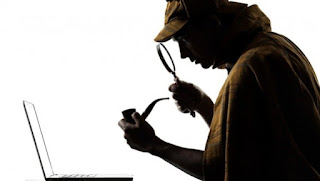 Just like old wives’ tales, myths about what does and doesn’t work in email marketing can outlast unbelievers. We’ll let the medical establishment debate whether wet hair and cold weather gets you sick, but we think it’s time to set the record straight on some of the most common email marketing myths.
We sat down with Jerry Jao, the co-founder and chief executive of Retention Science, to clear the myth-filled air. His company helps small businesses keep customers around for the long haul by crunching marketing data. Jao says four myths seem to live on despite evidence that they’re not true and he’s more than happy to dispel them with numbers and facts.
Myth: Sending emails first thing in the morning is best
Many marketers insist that sending an email to a customer in the morning means they’ll open it as soon as they sit down at their computer. That has led to the general rule of thumb that the morning is the best time of day to send a marketing email. There may some logic behind the idea, says Jao, but it’s simply not true.
By combing though 100 million online transactions, 20 million user profiles and 100 email campaigns, Retention Science found that the afternoon is actually a better time to send an email. According to their research, most online shoppers are active later in the day but typically receive shopping-related promotional emails early in the morning. Other research supports this. At best, the rule of thumb about sending early is harmless. At worst, you’re killing your conversions.
Solve this conundrum by testing different times with similar or identical messages.
Myth: Emails sent on Mondays are the most successful
Sending emails on Monday is another rule of thumb that may have a logical underpinning but little in the way of convincing proof. Marketers assume that everyone has a case of the Monday blues. Since no one really wants to jump back into work, people are more likely to sift through their email on Monday, or so they think.
Retention Science’s data showed the opposite: Tuesday and Friday had the highest conversion rates. Test out different days to see if they make an impact on open rates and conversions.
Myth: More frequent email is better
If you send a bunch of emails to your customers they’re bound to open some of them, so why not send a dozen, right? Wrong. Jao says this is a common myth that needs debunking.
“It’s important to understand that less is more when it comes to email campaigns,” he says.
Of course, finding the right email frequency is tough. There isn’t a definitive number that works for every business, but Jao suggests testing your email frequency while watching unsubscribe rates to make sure you find the right balance.
Myth: Subject lines packed with info get opened
A subject line is important, no question about it. However, some people believe that packing a subject line full of information leads to high open rates. Untrue.
While you can squeeze about 70 characters into a subject line, that doesn’t mean you should. Rather than cramming the header full of words, focus on making the subject line conversational, Jao suggests.
“A subject line should sound like something a friend would say,” he says. “Don’t be wordy or pitchy, just be conversational.”
While there isn’t a plug-and-play formula to create a killer subject line, there are practices that you should avoid. Don’t use all capital letters, don’t be deceiving, ditch any symbols or emoticons, take it easy with punctuation and refuse to be boring. If you stay away from these no-nos, your open rates will improve.
When in doubt, A/B test your subject line to see what kind of wording works best for your customers. In fact, it’s a good takeaway message. Testing email content can give you statistics to back up your marketing moves, Jao says. It will not only give you an insight into the habits of your customers, but it will keep you from falling victim to marketing myths.
This post contributed by guest author, Lisa Furgison. Furgison is a media maven with ten years of journalism experience and a passion for creating top-notch content.