by  Lisa Furgison What’s the secret to a successful email?  Testing, of course! We’re big proponents of testing, or  A/B testing  as... 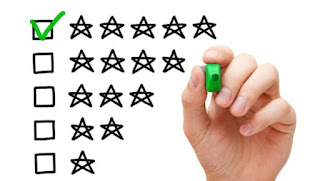 What’s the secret to a successful email?  Testing, of course!
We’re big proponents of testing, or A/B testing as we call it in the industry. Why? Because it allows you to test whether aspects of an email marketing message—layout, photos, links, etc.—generate statistically significant differences in audience reaction. The more you know your audience, the better engagement you’ll get!
“You can’t assume you know your customers or adhere to a one-size-fits-all marketing strategy. The only way to find out what works best is to test,” says Len Markidan, who heads Markidan Strategies and works primarily with small businesses and startups.
While you may be using A/B testing on your subject lines, (you do, right?), here are four areas, other than subject lines that you should be testing:
Find the right frequency
How often is too often? It’s a question everyone asks and A/B testing can help uncover the answer.
Think sending one email a month is enough? Think again. Sending consistently and more often may just give you better results.
“Most business owners assume that fewer is better and that too many emails will overwhelm customers and cause huge unsubscribe rates, but that’s not always the case,” says Markidan.
Do you send one long email newsletter per month? Break that information into four digestible emails and send them once a week. Markidan tested this exact change with a software client, and it resulted in a huge boost in engagement and conversions.
Zero in on the best day of the week
At some point, a series of email marketing myths started traveling through the grapevine and there’s always been a lot of speculation about the best day of the week to send emails, but again, the answer is different for every business and audience.
As we mentioned in a previous post, “The Surprisingly Best Times to Send Your Email Campaigns,” Monday may not be the best day, and your test results may surprise you.
Markidan ran some A/B tests for an app development firm and found the best day of the week to reach their customers via email was on Sunday. Open rates went up 15% just by changing the day of the week.
“Sending an email on Sunday seems counterintuitive, but for this company it works,” he says.
Get the most out of your calls to action
A/B testing can help you find the most clickable call-to-action. Whether it should be a bright blue button or a just a text hyperlink within your email, testing will tell you what’s best. Think buttons will get better results? Not always!
A video producer working with Markidan had the call to action in her emails within an image. As a result, her click-through rates were dismally low. After changing the call to action to a hyperlink, she saw a jump in clicks.
Test the ‘from’ field
An area that many don’t think to test is the email’s “from label.” Some companies send emails from a generic account. An email from info@company.com can feel impersonal, but an email from the CEO or a company manager may get more traction. Or, if you have a persons name instead of a company name, some people may not recognize the sender and delete the email immediately. Make sure you test this on small segments of your list before you make a sweeping change to your from label.
Your takeaway? Testing will always reveal subtle changes that can make a big difference in your email campaigns. What have you tested in your emails lately? Share away.
This post contributed by guest author, Lisa Furgison. Furgison is a media maven with ten years of journalism experience and a passion for creating top-notch content.