I Used to Be Ashamed of Being in Email Marketing

BY  CHAD WHITE I have a confession: I wasn’t always proud to be a part of the email marketing industry. 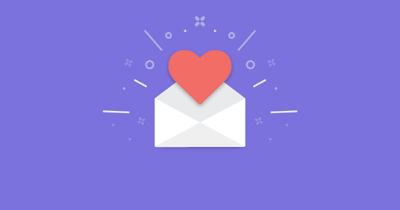 I have a confession: I wasn’t always proud to be a part of the email marketing industry.


Shortly after making the jump from journalism to email marketing in the mid-2000s, I was at a party with my wife and told a new acquaintance that I was in email marketing. “Oh, so you’re the one that sends me all that spam?” he retorted. He was obnoxious, but his words really crushed my pride. At future parties, I was simply “in marketing” and would transition to other, safer topics.
Social media seemed to steal all of email’s thunder in the late 2000s. Then the mobile revolution got rolling. And even though I knew both of those innovations made email more relevant, not less, public opinion didn’t seem to reflect that. The press declared that “Email Is Dead,” even as tech giants spent billions acquiring email service providers.
This was around the time that it hit me: Everyone’s trying to tear down email because everyone wishes they were email. They wish they had as many users, were as accepted, had the same richness of messaging, generated the ROI, had the same 1-to-1 capabilities, and were as ingrained in people’s daily lives.
“Email is the last great unowned technology,” says Harvard law professor Jonathan Zittrain. He’s totally right, and I’ve long argued that being an open platform is key to email’s strength and staying power—and why no one will ever come even close to matching email.
So stand tall. Be proud. We’ve made a very smart decision to be a part of this strong, important, dynamic industry. And what’s even better is that now a lot more people are starting to realize this truth.

That’s because email marketing is entering a period of transformation, and is doing so at a time when attention is shifting back to email. This transformation is being driven by mobile and by the integration of email across channels and across functional domains.
The majority of emails will be opened on mobile devices in 2016. Coincidentally, the majority of marketers will finally adopt responsive email design this year. Beacons, geofences, mobile barcodes, and mobile app behavior triggers will further intertwine email and mobile going forward.
In recent years, several large email service providers have been acquired by tech giants like Salesforce, Oracle, and IBM. And we’ll almost certainly see another major ESP acquired this year by the likes of Microsoft or SAP, before it becomes simply too late for them to catch up. This is not a wave of consolidation, which is generally when an industry is over the hill and forced into uncomfortable compromises. This is a wave of integration that’s akin to completing an MBA. In other words, email marketing is getting a big fat promotion.
Email marketing tools are being integrated into CRM, analytics, and digital marketing suites and across functional areas like sales and customer service. Technology is essentially, at long last, de-siloing email marketing, while simultaneously bringing us closer than ever to achieving the mythical single view of the customer.

All of this is happening at a fortuitous time. Facebook and other leased media are morphing into paid media, and many forms of paid media are morphing into blocked media. That has brands returning to permission-based email marketing and rediscovering a channel that still has the No. 1 or No. 2 return on investment, depending on what research you look at.
This resurgence of email marketing is evident in recent headlines. After years and years of “Email Is Dead” headlines, we’re now seeing the Harvard Business Review—which has been no fan of email—write about The Triumphant Return of the Email Newsletter, The Guardian write about Lena Dunham and why 2015 was the year of the email newsletter, and The Atlantic write about The Triumph of Email. For those of us who have been in the industry for 10-plus years, I can tell you this is a very refreshing script-flip.
More anecdotally, this resurgence also seems to be attracting fresh blood to the email industry. During the latter half of the oughts, a significant number of email marketers left the industry to join the very shiny social and mobile industries. That exodus slowed significantly in recent years, but now the strangest thing is happening: People are no longer falling into the email industry because “no one else wanted to do it and I was the new person” or other circumstances beyond their control. Instead, people are actively choosing a career in email.
At The Email Design Conference last year, I met people in their early 20s who were really excited about email. Some were web developers who had come over to email, and are now on the leading edge of the interactive email movement that’s bringing web functionality like carousels and hamburger menus into the inbox. A few were fresh out of college—including one guy who was starting his own email marketing agency in Sweden. That’s kind of unprecedented, and frankly awesome to see.
For all of these reasons—new technology, broad integration, more positive press, and fresh blood—email marketing will experience a second coming of age in 2016. It will be a time of accelerating competitive advantage for brands that are committed to investing in high-ROI, subscriber-centric strategies. And it will be a dangerous time for brands whose resource-starved email strategies have never matured beyond batch and blast.
I, personally, have never been more proud and excited to be a part of the email marketing industry. I hope you are, too.
Source

View my complete profile
ad,8,affiliate,15,analytic,1,audience,5,automation,33,blog,18,brand,11,business,36,call to action,1,campaign,30,content,93,conversion,16,CTA,8,customers,14,deliverability,9,digital,30,email,557,entrepreneur,9,facebook,17,gmail,6,google,11,google analytics,1,graphic,1,headline,4,home,10,instagram,6,internet,14,IoT,1,landing page,19,lead,20,list,47,marketer,27,marketing,294,mindset,40,mobile,4,niche,5,online,36,opt-in,14,pinterest,2,ROI,1,segmentation,10,SEO,8,snapchat,1,social media,102,spam,13,stat,7,strategy,10,subject line,38,subscriber,30,success,15,test,13,traffic,20,trend,12,twitter,9,TYP,3,video,10,webinar,1,website,8,youtube,3,
ltr
item
#DIGITAL: I Used to Be Ashamed of Being in Email Marketing
I Used to Be Ashamed of Being in Email Marketing
https://1.bp.blogspot.com/-GcTCecGjr0Q/WJdCIdk1QwI/AAAAAAAAB6E/-yrNfQ6Sp8wvf0AfWrgZPexgkwrLuoEWgCLcB/s400/featured-image-i-used-to-be-ashamed-002.png
https://1.bp.blogspot.com/-GcTCecGjr0Q/WJdCIdk1QwI/AAAAAAAAB6E/-yrNfQ6Sp8wvf0AfWrgZPexgkwrLuoEWgCLcB/s72-c/featured-image-i-used-to-be-ashamed-002.png
#DIGITAL
https://www.infinclick.com/2017/02/i-used-to-be-ashamed-of-being-in-email.html
https://www.infinclick.com/
http://www.infinclick.com/
http://www.infinclick.com/2017/02/i-used-to-be-ashamed-of-being-in-email.html
true
7265473034940166968
UTF-8
Loaded All Posts Not found any posts VIEW ALL Readmore Reply Cancel reply Delete By Home PAGES POSTS View All RECOMMENDED FOR YOU LABEL ARCHIVE SEARCH ALL POSTS Not found any post match with your request Back Home Sunday Monday Tuesday Wednesday Thursday Friday Saturday Sun Mon Tue Wed Thu Fri Sat January February March April May June July August September October November December Jan Feb Mar Apr May Jun Jul Aug Sep Oct Nov Dec just now 1 minute ago $$1$$ minutes ago 1 hour ago $$1$$ hours ago Yesterday $$1$$ days ago $$1$$ weeks ago more than 5 weeks ago Followers Follow THIS CONTENT IS PREMIUM Please share to unlock Copy All Code Select All Code All codes were copied to your clipboard Can not copy the codes / texts, please press [CTRL]+[C] (or CMD+C with Mac) to copy