How to Handle an Unsubscribe with Style, Class & a Little Sass

by  Kim Stiglitz I work for an email marketing provider, so it’s a given that I get a lot of email. Sometimes when enough is enough, o... 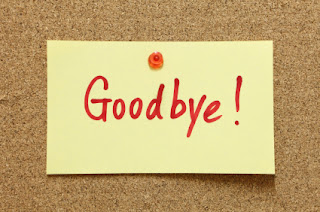 I work for an email marketing provider, so it’s a given that I get a lot of email. Sometimes when enough is enough, or I just don’t need to receive an email anymore, I click unsubscribe. Often, because I know how hard small businesses work to build their list, I feel guilty. It’s important to remember though, that when someone unsubscribes, it’s not personal.
I’ve been intrigued over the years by the different experiences I’ve encountered with a simple unsubscribe. The unsubscribe process has run the gamut from emails not even containing an unsubscribe link (which breaks the CAN-SPAM law and isn’t legit) to those that make you take 5+ steps just to get off a mailing list. However, there are those that actually do a great job of dealing with an unsubscribe with a dash of wit, humor and some smarts.
Read on to see some top notch examples of what to avoid at all costs and what to start doing today:
Make it Easy, Fast and Flawless: When someone wants off your list, let them get off the list, period. Being able to unsubscribe should be as simple as clicking a link that says “unsubscribe” or replying to an email with unsubscribe in the subject line. Don’t require users to re-enter their email address, passwords, log-ins or account numbers to unsubscribe. Making people jump through hoops will only irrate them further and it doesn’t comply with CAN SPAM, which could then cause them to report your message as SPAM.
This example from Disney.com illustrates how to tick off your readers. They’ve buried the unsubscribe in a ton of small print text at the bottom of their email. I had to search for it just to find it.

Just. Do. It.: Unsubscribes should be processed immediately with no exceptions. In the eyes of the user, they’ve asked to be removed from your list now. If you wait two days and send them something in the meantime, you’re going to be seen as a spammer which you want to avoid at all costs. The CAN-SPAM law permits you ten days to remove someone from your list, but this is the time to deliver immediately without delay.
Appeal to Their Senses: I’ve seen businesses try a last ditch effort to keep subscribers on their list here with a bit of humor, wit or even guilt (tread lightly) with messages such as this one from eBay:

I like how they make a bid (no pun intended) to get me to stay with the sniff sniff, but still make the unsubscribe process easy.

Here’s another example from Fab.com. They do a great job branding their page and using a good balance of humor and efficiency. And, they give you a last chance to opt back in, if for some reason, you’ve unsubscribed by accident, or have regrets.

Taking it much farther is Groupon, as only Groupon can, with this:

This example (from 2009) is extreme, especially when a coworker in the background comes up behind and throws coffee at poor Derrick (the guy getting punished for your unsubscribe). I’m certainly not endorsing this as a best practice, and can’t say I’ve ever seen a call to action to punish someone, but this just illustrates what’s out there. Not good IMHO (in my honest opinion).
It Doesn’t Have to be Ugly: You work hard to provide a flawless user experience and your unsubscribe process should also be on par. Just because your reader is leaving your list (for now), don’t make it ugly. Make the effort to brand your unsubscribe confirmation pages (like the example from Fab.com above) and emails just like you would your opt-in form and other landing pages. You want this last impression to be a lasting impression in a good way.
Remember, just because someone unsubscribes doesn’t mean they’re a lost cause. Make it easy for people to opt-in to your list on your website, your blog and social media channels like Twitter and Facebook because you never know when they’ll change their minds. You can tweet a link to your opt-in form or have it on your business Facebook Timeline in just a few minutes.
You can expect to lose about 30% of your email list each year due to attrition, so keep in mind that growing your list is an on-going process. Then, living up to the promise you delivered when people opt-in is paramount. Give them what you promised and you’ve won half the battle.