How to Email Often without Losing Readers

by Yael Grauer We know from experience that when we send email messages to our list, it typically causes a spike in traffic to our we... 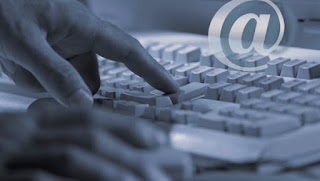 We know from experience that when we send email messages to our list, it typically causes a spike in traffic to our website, purchases and conversions resulting in revenue. But how many emails can you send to your list to maximize your revenue without annoying your readers? And how often can you send a pitch alongside non-sales content? If you’ve been looking for an exact number to help you optimize your email marketing efforts, you may be asking the wrong question.

“It’s not about a specific ratio. It’s about doing the right thing,” Halpern explains, which is “always keeping your reader, subscriber or customer as the main character in your story.”

Instead of worrying about your bottom line and revenue, Halpern says you have to make your readers the center of your world. If you do that, the ratio of sales to non-sales emails recedes in importance. Deliver amazing content and the revenue and numbers will take care of themselves.

Set expectations, and roll with them
Let readers know up front how often you’re planning to email them, so people who subscribe will know exactly what they’re signing up for.

“You should be open about how often the email comes, because that way you can set expectations,” Halpern says. You don’t have to stick to that planned frequency to the letter, though. You can deviate from expectations every once in a while, but giving readers a friendly heads-up before starting a product launch or promotion series is a nice gesture.

As it turns out, emailing more frequently doesn’t necessarily lead to a higher percentage of unsubscribes than a less aggressive approach. In fact, Halpern ran an experiment pitching his own products more and less frequently.

“No matter how many emails I sent into the funnel, I ended up losing two percent of the starting emails,” Halpern says. “The percentage didn’t change due to frequency. So feel free to send out those sales pitches.

But if people don’t unsubscribe because they get a sales pitch, why, then, do they unsubscribe?
“Because they’re getting an email that is not directly benefiting them,” says Halpern, whose marketing and psychology blog has over 105,000 subscribers.

That’s why you need to know your clients inside and out, and craft content that addresses their deepest needs. If you don’t know your readers well enough to do that with certainty, some of that time you want to spend emailing your list might be better spent getting to know the biggest problems your clients and readers face, so you can provide immense value with each and every message.
If you’re sending out emails that aren’t interesting or engaging, people are far more likely to see them as an intrusion and hit the unsubscribe button. But if each carefully composed email brings your readers closer to solving their problems, frequency won’t be an issue.

The needs of your readers aren’t going to remain static, either. Take Social Triggers. Halpern has not only amassed an email list of over 100,000 subscribers, he also has a widely watched web television show that reaches over 250,000 people. Halpern built his large following by listening closely to what his subscribers were asking for, so he could respond quickly when the topics they were interested in shifted over time.

“When I first started Social Triggers, I focused on the psychology of online conversions,” Halpern explains.

But he paid close attention to the needs of his readers, and segued into blogging when he noticed that’s what many people were asking about. Lately, he’s been focusing on softer content—how to meet people, for example, or how to stop procrastinating– in direct response to the evolving needs of his readers.

“If your emails are helping people figure out how to solve their problems, they’re going to want ten more emails about that,” Halpern notes. Surveying your readers regularly and responding to feedback will take your email to the next level.

The truth about email frequency
If you only mail once a month, readers may forget about you completely. If you’re truly meeting the core desires of your readers, they’ll want to hear from you more regularly.

However, focusing on quality over quantity is crucial. If you’re just getting started, Halpern recommends sending only once every 7 to 10 days, unless you have something particularly important you want people to see.

After all, writing valuable emails, the kind that help solve your readers’ most pressing problems or address an urgent need, takes time. Trying to send out messages every single day, especially for a new list, makes it more difficult to consistently send out content that’s engaging, informative and compelling. If you succumb to the pressure and pump out emails as an afterthought, you’ll get more unsubscribes. Take your time creating content that’s interesting and relevant, don’t worry too much about frequency and pitch percentage, and the results will speak for themselves.

This post contributed by guest author, Yael Grauer. Grauer is a Minneapolis-based freelance writer and editor. Find her online at Yaelwrites.com.