How to Create a Deep Connection with Your Prospects and Customers

by  SONIA SIMONE When my son was about two and a half, he developed a funny habit of walking around the house from time to time, chimi... 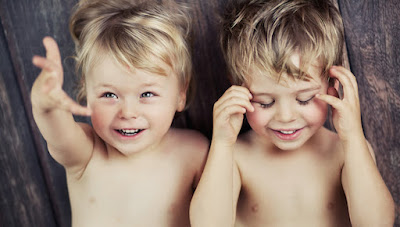 When my son was about two and a half, he developed a funny habit of walking around the house from time to time, chiming out, “I’m here.”


Although this little boy was strongly connected to his family and his small class of school friends, he still had that need to express it.

And as human beings, we never quite lose that. We might get a little more sophisticated about how we say it, but ultimately we all want to let the world know:
I’m here.
If you intend to sell something — to ask for someone’s hard-earned money and irreplaceable time — you must begin by seeing (and honoring) who they are.
You need to know them as well as you know yourself, as well as you know your family and closest friends.

At Copyblogger, we’ve long been big fans of Eugene Schwartz and his chewy, profound book Breakthrough Advertising.
Schwartz was a master at learning to see his prospect, and then to express that recognition with clarity. He identified three components of that understanding:

Desires … Identifications … Beliefs. Each of them composed of equal parts of emotion and thought. The three dimensions of your prospect’s mind — the raw materials with which you will work.

When we are toddlers, what we want makes up an enormous part of who we are.
But, of course, that doesn’t stop being true on your fourth birthday.
Good food and drink, intimacy, friendship, warmth, shelter, love. Schwartz saw desire as virtually the sole component of advertising up until the great Mad Men age of advertising. And he honors its place.

[Desires] have, of course, tremendous driving power. And they already exist. You cannot create them, diminish them, or battle them. But you can expand them, sharpen them, channel them, and give them a goal. And this is your primary task as a copy writer.

Schwartz saw identification as the pivotal technique in 20th century advertising — what was, for him, “modern” advertising.
And identification can be even more powerful than raw desire.
Each of us must, as human beings, know where we belong. When we don’t, we become tremendously uncomfortable, and will do anything we can to find that certainty again.
What roles do we play … and what roles do we wish we played?
How do others see us, and how do we see ourselves?
A few reviewers think Schwartz is somewhat dated, but this quote, written in 1966, could have been written about today’s organic “whole food” revolution:

One reason that very small children fascinate me (my son left those days behind quite awhile ago) is that this is a time of trying on different identifications, and seeing which ones feel right and which will be left behind.
Your marketing — in other words, everything you communicate as a company, which includes what you do and not just what you say — will be the point of connection.
Who does your product or service allow your audience to be?
It’s the place where your audience decides, “Is this product or service something I would choose to identify with … or not?”

Beliefs are powerfully formed within your tribes, and they are usually entirely immune to any kind of logical correction or challenge.
(If the topic of belief interests you, do yourself a favor and pick up Jonathan Haidt’s The Righteous Mind, a fascinating discussion of how beliefs are formed and how they drive behavior — for better or for worse. This is probably my favorite book on human behavior since Cialdini’s Influence.)
If identification was the primary driver of marketing and advertising in the 20th century, I suspect belief might be the biggest kahuna today.
When you want to see your audience and prospects — to respond to I’m Here with, Yes, I See You Clearly — belief is the deepest way you can do that.
Here’s what Schwartz had to say about it:

If you violate your prospect’s established beliefs in the slightest degree — either in content or direction — then nothing you promise him, no matter how appealing, can save your ad.
But, on the other hand, and even more important:
If you can channel the tremendous force of his belief — either in content or direction — behind only one claim, no matter how small, then that one fully-believed claim will sell more goods than all the half-questioned promises your competitors can write for all the rest of their days.

An example? Probably the primary reason that some readers feel Schwartz is “dated” is because of the beliefs he unconsciously expresses about women. He’s no misogynist, but he certainly believes that all women long to be “dainty” and “feminine,” and that the most important role in their lives is that of wife and mother.
A perfectly sensible, reasonable belief for his time. And one that today can taint his entire message for many readers. (By the way, don’t make that mistake if you can help it — if you’re a serious copywriter, Breakthrough Advertising is well worth the considerable time and energy it takes to chew your way through it.)
Again, especially today when everything our companies do is so transparent to the web, remember that you communicate your beliefs through everything you do, and not just what you say in your content and marketing.
What are the beliefs that inform your product or service? Are you speaking to an audience that shares those beliefs?

If you want to persuade, you must first connect

Your prospects, though they are probably serious, grown-up people, still have that tiny child’s desire to chime out:

Show your audience that you see them — that you recognize them, honor them, and that they are in the right place.