BY  CHAD WHITE The email marketing industry is innovative, fragmented, and growing. That volatile mixture creates an environment that’... 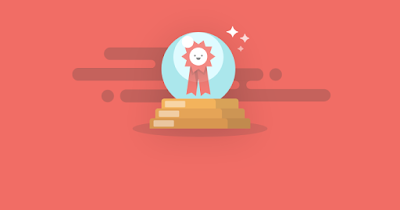 The email marketing industry is innovative, fragmented, and growing. That volatile mixture creates an environment that’s more than a little unpredictable. But, we’ll give it a shot anyway, because we see significant changes on the horizon that marketers should keep an eye on.
Before reviewing how our 2016 email marketing predictions fared, we’ll share our predictions for 2017 (along with which of us here at Litmus is making it):

2. EMAIL MARKETERS WILL BREAK DOWN SILOS AND WORK CROSS-FUNCTIONALLY TO TAKE THEIR PROGRAM TO THE NEXT LEVEL. (KAYLA LEWKOWICZ)

When interacting with a brand, consumers don’t differentiate between channels. Brands are trying to catch up to consumer attitudes and have to enable consistent interactions with consumers across channels.
To make this omnichannel approach a reality, email marketers need to work with their colleagues in other departments. By the end of the year, we predict that the majority of marketers will say this happens at least adequately at their company.

3. THE ADOPTION OF RESPONSIVE EMAIL DESIGN WILL ACCELERATE. (CHAD WHITE)

Now that Gmail supports media queries, an undeniable critical mass of email clients enable responsive email design. This will spur an acceleration in adoption.
From June 2015 to June 2016, use of responsive email design among B2C brands grew 9 percentage points to 50%, according to joint Litmus-Salesforce research on mobile-friendliness. By June 2017, adoption will jump at least 10 percentage points to more than 60%.

4. DESPITE GMAIL SUPPORTING EMBEDDED CSS (FOR MOST OF THEIR ACCOUNT TYPES), THE OVERWHELMING MAJORITY OF EMAILS WILL CONTINUE TO USE INLINE CSS. (KEVIN MANDEVILLE)

Inlining may no longer make sense for some brands, including possibly Litmus, which successfully sent its first monthly newsletter without inlining styles. However, more than 80% of brands will continue inlining to ensure the best experience for their subscribers.

5. AT LEAST ONE OF THE MAJOR INBOX PROVIDERS WILL FOLLOW GMAIL’S LEAD IN DRAWING ATTENTION TO WHETHER EMAILS ARE ENCRYPTED OR NOT. (CHAD WHITE)

With email hacking becoming a national security issue in the wake of Russian meddling in U.S. elections, email security is posed for improvements, including a big push on two-factor authentication and encryption. Microsoft seems likely to hop on the encryption bandwagon because of its stance on privacy and do-not-track in the past.
But Verizon, which now owns Yahoo Mail, seems even more likely because of massive hacks against the service in 2013 and 2014 that came to light last year. Plus, the German government has advised its citizens not to use Yahoo Mail because of email spying and Germany’s cybersecurity agency explicitly chastised Yahoo for not adopting “adequate encryption techniques.”

For evidence of this, we’ll be keeping keeping a close eye on the titles of open positions promoted on the Litmus Community Job Board.

8. EMAIL SERVICE PROVIDERS WILL START ADDING “EMAIL INTERACTION” TRACKING AND REPORTING TO THEIR PLATFORMS SO ENGAGEMENT WITH INTERACTIVE EMAILS CAN BE MEASURED ACCURATELY. (CHAD WHITE)

Interactive emails represent a significant disruption of how subscribers engage with an email and how that engagement is measured. For example, email carousels bring some browsing into the email that would have been on the landing page previously. This in-email engagement requires new metrics and new tracking.
We have a bit of a bet going on #9 and #10—Jaina and Jason don’t quite see eye-to-eye:

9. ACCESSIBILITY IN EMAIL WILL BECOME A MORE IMPORTANT ASPECT OF THE EMAIL DESIGN AND DEVELOPMENT PROCESS. (JAINA MISTRY)

Use of semantic HTML tags will be commonplace, as well as efforts put in place to make email more accessible.

10. ACCESSIBILITY WILL CONTINUE TO BE IGNORED BY MOST OF THE EMAIL WORLD. (JASON RODRIGUEZ)

While I think accessibility will (rightfully) become a larger concern for some designers and developers, I don’t think we’ll see more accessible emails become commonplace in 2017. Despite more conference talks, blog posts, and (hopefully) some updated coding frameworks, most of the email world will either a) keep updating the same, inaccessible templates as usual or b) choose to invest in flashier things like interactivity over accessibility.

WHAT ABOUT OUR 2016 EMAIL MARKETING PREDICTIONS?

Last year we made a 10 email marketing predictions, which we acknowledged ranged from all-but-guaranteed to the “Geez, that limb is thin.” So how did we do?
1. We’ll see more shopping experiences in email. (Jason Rodriguez)

While we haven’t seen any evidence of brands implementing in-email shopping experiences yet, there’s considerable interest. The tech is being talked about at more conferences and the tooling is being refined to make way for more interactive emails and shopping experiences in the inbox. Case in point: Rebelmail’s API.
2. Another major ESP will be acquired. (Chad White)

The largest ESP acquisition was Marketo, which was bought by a private equity firm for $1.79 billion. Additionally, Oracle acquired enterprise cloud services company NetSuite for $9.3 billion. In 2015, NetSuite had purchased Bronto Software for $200 million. And further down the price spectrum, Zeta Interactive bought former Digital Impact ESP from Acxiom for over $50 million and Episerver acquired omnichannel campaign management vendor Optivo.
3. People will invest in a career in email. (Justine Jordan)

While tricky to prove absolutely, there is plenty of anecdotal evidence that more people who “fall into” email-related jobs are making it a career of it rather than using it as a stepping stone. For instance, we’ve seen new organizations form, like Email Geeks Slack and Women of Email, as well as new innovations like email interactivity, which has only come about by web developers moving into email. 2016 also saw the launch of more email marketing conferences, like the Email Innovations Summit and EiQ Conference. For our part, we saw attendance at our Litmus Live events grow 44% last year.
4. Outlook (desktop) will fall to 5% market share. (Kevin Mandeville)

Outlook stayed above 6% marketshare all year, according to Litmus’ Email Client Market Share data.​5. In addition to a new iPhone with a screen size similar to the 5S, Apple will release a Siri-infused headset (a la Jawbone) that syncs with iPhones and the Apple Watch. (Chad White)

Apple launched the iPhone SE last year, along with the much maligned AirPods wireless headphones, which gives users access to Siri, among many other capabilities.
6. Gmail won’t start supporting media queries. (Chad White)

We’ve never been happier to have been wrong. Our Gmail Update Live Ticker gives you the most current information about the rollout and what it means for email marketers.
7. Outlook will introduce new email client/rendering engine. (Kevin Mandeville)

Windows 10 Mail was launched last year, and while it uses a rendering engine that is similar to that of the Outlook Word rendering engine, it does have some unique quirks.
8. Gmail will drop support for animated emojis in subject lines. (Chad White)

While still supported, even many spammers seem to have given up on using animated emojis, which make you seem incredibly desperate for attention.
9. Inbox by Gmail will remain a standalone app and not be integrated into Gmail proper. (Jason Rodriguez)

It’s 2017 and Inbox by Gmail is still kicking. It’s even gotten some updates throughout the year, proving that Google can still surprise us. (Better CSS support, anyone?)
10. Email won’t die. (Justine Jordan)

This prediction was admittedly a bit tongue-in-cheek. Email certainly hasn’t died, and we noticed that the formerly insistent chorus of mainstream media outlets proclaiming the death of email significantly subsided in 2016. Long-time email-hater Facebook went on the record stating, “Email still has its place.” And TechCrunch admitted, “You can’t kill email,” pointing out that “Email is still an integral part of the way we communicate.”
Overall, we were six out of 10—so mostly right. We’ll take it! But right or wrong, hopefully our email marketing predictions get you thinking about some of the possible changes in our very dynamic industry.
Check out our other top 10 lists:
Source