The Ultimate Guide to Email on Android

BY  BETTINA SPECHT Building emails that perform well on mobile is key for every email marketer—and with that, optimizing for Android e... 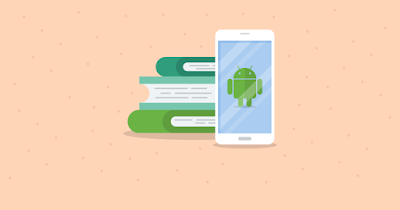 Building emails that perform well on mobile is key for every email marketer—and with that, optimizing for Android environments has become more and more crucial. Google’s Android is the world’s most popular mobile operating system, followed by Apple’s iOS.


But building emails that look great on Android devices is hard!
That’s because there isn’t just one Android environment to optimize for, but a highly fragmented market that challenges every email marketer who aims for a consistent experience for all subscribers.
What makes building email for Android so tough? There are three key factors that impact how your email renders on Android: the Android operating system (OS) version, the app or email client your subscribers use, and the size of the screen your email is viewed on.
Let’s look at them one by one:

Like any other operating system (OS), Android comes in different versions. Unlike Apple’s iOS, which enjoys high adoption rates as soon as Apple releases a new version, many Android devices are not eligible to upgrade to newer OS releases. As a result, it’s often not the most recent operating system that powers most Android devices, but a mixture of older Android versions.
Android 5 Lollipop, first released in November 2014, is currently the most popular Android OS, with 33% of all Android devices running this version. Android Marshmallow (first released in October 2015) ranks second with a market share of 31%, followed by Kitkat, a fairly old OS from 2013, that still powers 22% of all Android devices. In contrast, Android Nougat, Google’s most recent release (October 2016), currently only accounts for 1% of all devices. 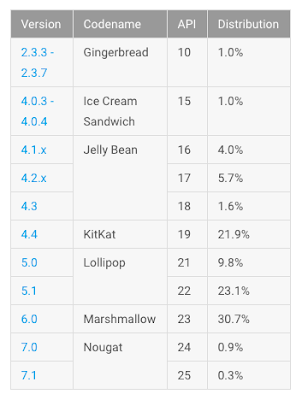 If you were to dig deeper into these numbers, you’d see that the popularity of versions of Android varies across countries, too. 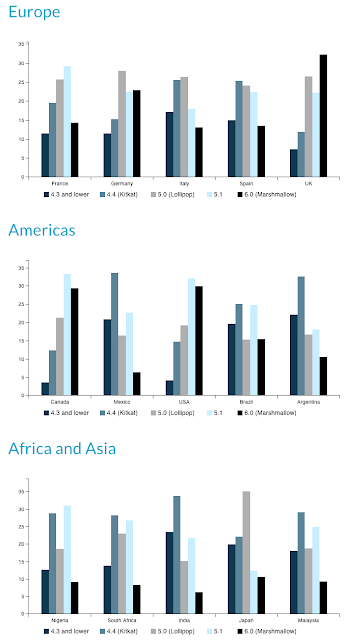 As a result, email designers who build email for an Android audience not only have to optimize their messages for the most recent Android release, but for a whole set of popular versions of Google’s operating system. And—you might have already seen this coming—each OS version comes with its very own rendering quirks.

2. THE APP OR CLIENT

When we talk about email on Android, we also have to distinguish between different email clients.

Google’s stock email app that comes with the Android, came preinstalled on all Android devices running on Android 4.4 (KitKat) and below. Vendors who wanted to run their devices on the Android had no choice but to provide the Android native email client as well.
However, starting with Android Lollipop (5.0), Google has nixed out-of-the-box support for its native email app, making it possible for vendors to use Android without being forced to integrate the default apps.
While the native email app is no longer installed by default on all Android phones, Google’s apps developed for Android remain available as open source to vendors and the public. Vendors, like Samsung or Sony, are free to use Google’s so-called “vanilla” version of the email app and make any changes they like—or develop their very own email app from scratch.
This has lead to even more fragmentation in the Android email client market.

The Gmail app is Google’s new default email app that is pre-installed on many Android devices.
In contrast to the native Android email app’s solid HTML and CSS support, the Gmail app has caused email marketers headaches in the past. Similar to Gmail’s web client, the Gmail app on Android was known for its poor HTML and CSS support.
In September 2016, however, things changed. The massive update to Gmail’s rendering engine also applied to its mobile application, allowing email developers to take advantage of responsive email design, advanced font styling options, and improved support for CSS.

RENDERING TROUBLE WITH IMAP AND POP ACCOUNTS IN GMAIL

There is, however, one exception: Google’s improved rendering engine does not apply to POP/IMAP accounts using the Gmail app. These are non-Gmail email accounts (such as @yahoo.com, @outlook.com, @gmx.de, etc.) accessed through the Gmail app via POP and IMAP.
In this case, Gmail still relies on the old rendering engine and its lack of support for CSS and media queries. Users who use a Gmail address and G Suite will enjoy responsive design and advanced CSS support—users who use a non-Gmail address, on the other hand, will not.
Email developer Rémi Parmentier took a deep dive into the different types of Gmail accounts and how email rendering differs per account.
The significant inconsistencies in rendering for Gmail and POP/IMAP accounts have caused lots of confusion in the email world.
Is your brain hurting already? Take a deep breath and stay with us, because there is one more thing you need to know.

HOW SHOULD YOU HANDLE THE ANDROID MADNESS WHEN CODING EMAIL?

As the world’s most popular mobile operating system, Android can’t be ignored by email marketers—even though the heavy fragmentation makes optimizing emails for Android environments a pain.
But how do you tackle the complexities of making email work for Android devices? Here are some tips to get you started: