Use Split Testing to Improve Your Business

by  Jordan Silver HAVE  you ever done something for your business and thought, “Wow, this is pretty good, but I wonder if I could do b... 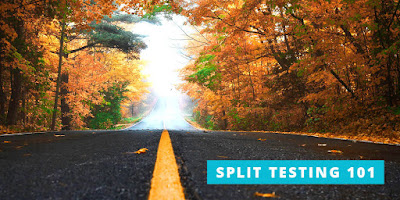 HAVE you ever done something for your business and thought, “Wow, this is pretty good, but I wonder if I could do better?”
Don’t worry, you are not alone.


In fact, you can easily see if you can do better through split testing.
Split testing is when you compare two variables against each other in order to determine which one converts at a higher rate. Another name for split testing is also A/B testing.
And when you split testing properly, you can see dramatic improvements for your efforts that can ultimately have a positive impact on your bottom line.
Nearly every major company uses split testing in their marketing efforts. And through these initiatives they’re able to see trends, patterns, and behaviors of their audience. Companies like Google, Amazon, Facebook, and Dropbox are just a few of the major companies who utilize split testing.
Are you?
The results of these split testing efforts are remarkable. For example, HubSpot found that by removing an image from their landing page resulted in a 24% higher conversion rate.
In their approach, HubSpot was following what was considered a “best practice” for most and as split testing showed it was actually hurting their conversion rates. They would not have known if it wasn’t for testing.
Therefore, it’s important to note that you should always be looking to test your marketing efforts.
So let’s jump in and take a look at a few different ways you can use split testing to your advantage.

What Can You Split Test?

There are quite a few ways that you can split test. Among the more popular split tests include the testing of visual elements, text, or a layout.

One of the most common is the testing of visual elements such as images, colors, or use of videos.
This can be as simple as testing whether or not the use of an image of your product performs better than the use of a person using the product.
For example, Medalia Art found that by using pictures of the artist instead of the product (painting), they were able to increase conversion rates by 95% over the original page design (control).
Control: 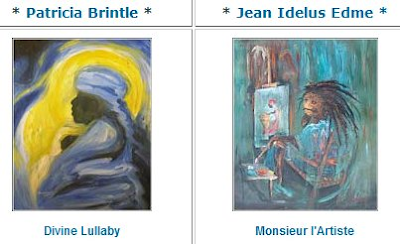 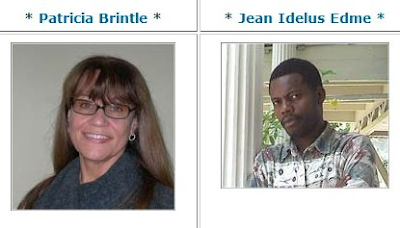 You don’t have to stop with trying to test the use of real people images…nope, you can also test visual cues to see if they impact conversions.
For example, a visual cue could be the use of adding in an arrow to draw a visitor’s eye towards the call to action. Digital Marketer has seen up to a 12% increase in conversions by implementing visual cues such as the arrow below. 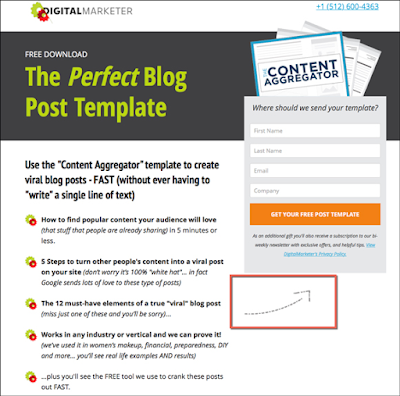 The split testing of text elements is perhaps the easiest thing to test. This is due to the fact you don’t need a designer, a developer, or any special skill set to run this type of test.
When you are split testing text, it’s as simple as typing up the new text you want to test.
A common example of split testing text is through paid advertising (pay per click). When split testing ad copy, typically you can test the title, description, or call to action (all depending on the platform you are using).
Just check out these different ad variations: 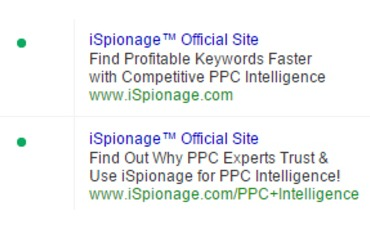 While they use the same title, they have different descriptions and URLs.
Any idea which performed better?
The first ad generated over a 42% better click through rate than the second.
But you don’t have to test only text.

While testing a certain element here or a text tweak there, might not move the needle enough for you. When this happens, you can create an entirely different layout to test against the original.
Think about it, maybe the control isn’t really converting well to begin with?
Sure, you might make some incremental improvements by swapping out an image or some text. But what if you took an entirely new approach to your layout?
Take this example from Arenaturist.com which tested their form layout. Here is the control:

And here is the variation:

This drastic approach to their form design increased overall conversions by 52%.

Where Can You Split Test?

You can run split tests just about anywhere online. The most common places to test are paid ads, email, and landing pages.

Your business has an email list, right? Well, did you know that you can use this to split test different initiatives?
For example, with email you can easily test your subject lines to see which ones generate a better open rate. Ideally, you want to send two different subject lines to 10% or so of your list. Once you see which one performs better, then you can use it to email the other 90% of your list.
An approach like this can help drive even more opens that if you were to do a bulk 50/50 test with your entire email list.
Besides testing subject lines, you can also test calls to action in your email content. It’s one thing to get someone to open your email, but ultimately you want them to take some sort of action. And when you can increase click throughs of those opened emails, great things can happen.

If you are using paid advertising to promote your business, then their might not be a better opportunity to make the biggest impact to your bottom line through the help of split testing.
Think about it, you are only running a single ad to your ad group.
All of these can cause a disconnect, resulting in wasted ad spend.
Instead, you should always be testing at least two ads for each of your ad groups.
Similar to the reasoning above I gave for the need to split test completely different layouts, by providing variations in your ads can open up a whole other level of increased conversion rates.
Whereas, if you are not testing you could be throwing money away at bad ads.

Split testing landing pages can get a bit more tricky. I say this in that if you have a brand new landing page that has never been up against another layout, you might have a dud for a page.
However, if you launch two landing pages against each other at the same time you should be able to discern which one outperforms the other.
And when you know which page performs better, you can then make more minor tweaks to that page for a new test. Perhaps a new headline, new imagery, or call to action.
No matter what you decide to test, you should make sure to track your testing.

How to Track Split Testing Initiatives

Look, the importance of split testing matters. It doesn’t take much to see the impacts it can have on your bottom line as shown in some of the examples I mentioned in this post.
You are in business to make money. Why not make more of it by getting the most out of your marketing initiatives.
Who wouldn’t want similar results to:
All it takes is a little testing to make huge impacts on your business.
Do you currently utilize split testing in your marketing initiatives?
If not, don’t let anything hold you back. Check out ClickPerfect to get started improving your business today!
Let us me know in the comments below, how things turn out. I’m sure you’ll see some great results!
Source