10 Reasons Why Perfectionism Is an Entrepreneur's Worst Enemy

Why striving for perfection spells ruin for entrepreneurs.

Don't get me wrong, striving for perfection can afford you a lot of great perks.
It can lead to immense financial rewards, career achievement, and so much more. However, placing that much pressure on yourself can also expose you to a lot of perils, that more often than not, lead to an eventual crash.
That being said, perfectionism is something I've personally battled against for years. First up, here are the ways in which perfectionism can occasionally be a good thing, especially for freelancers and entrepreneurs. 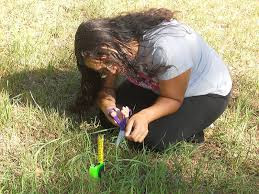 Some of the most inspiring human achievements in science, politics, business, sports and the arts were accomplished by perfectionists.
Think of Tiger Woods, Margaret Thatcher, and Steve Jobs. Leonardo da Vinci and Madonna. Who wouldn’t want to be considered among the ranks of these top performers? Their unrelenting drive for flawless excellence enabled them to achieve remarkable feats that are (rightfully) nearly impossible to match:


So, what do these extraordinary personalities have in common?
Well, for one thing, the quality of their life’s work is certainly nothing short of incredible.
Their personal dedication to achievement, excellence, and improving the way they saw the world, their endless strive for perfectionism, is what has allowed them to radically change their industries. Without that innate drive, it's questionable whether or not they would've risen to the challenges they faced.

But is perfectionism a good idea in business?

Shifting gears, the most simple way to answer this question, is NO.
And I’m hardly alone in this conclusion. Psychologists consider perfectionism a disorder, while prominent business thinkers strongly discourage entrepreneurs from even trying to be perfect.
Why? Let’s take Steve Jobs as a case in point. I've frequently covered this incredible business leader, design thinker, and technology innovator here. In most of what I research and write about him, I've highlighted his intense perfectionism, while objectively looking at both its positive and negative effects on his achievements. 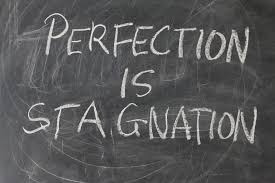 Because Jobs rigorously pursued perfection, he implemented policies and made decisions that adhere to impossibly high standards, especially for others to be measured against. For instance, he required teams during Apple's early years to seek his approval on every single detail of Macintosh computers, which unnecessarily prolonged development time. He did not hesitate to fire talented employees for ignoring his design aesthetics. He dumped nearly-completed projects that failed to meet his standards of elegance.
While Jobs' drive towards perfection helped create some of the world's most beautiful and intuitive products, it also caused significant friction with the people he worked with.
He was ousted from Apple in 1985. He came back in 1997 aiming to bring the company back to profitability by summarily terminating a number of projects, which of course terrorized just about everyone in the company. Only once he managed to rein in his acute perfectionism, was he able to transform Apple into one of the world's most valuable brands.
Yet even with a tale as illuminating as this one, people still misguidedly value perfectionism.
In the United States, our culture is driven by perfectionist undertones. Many parents demand it from their kids, while stiff-necked managers continue to drive away employees with unreasonable performance standards.
I'll never give a green light to mediocrity, but I strongly believe that excellence does not require perfection. In the world of business, perfection will more likely inhibit your chances of success, than take you there.
So, if you continue down the often destructive path to perfectionism, expect to deal with these massive issues throughout your life. 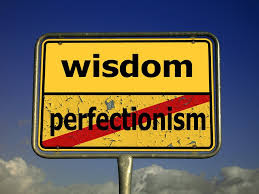 1. Your expectations will be unrealistic and nearly impossible to meet.

One documented case of perfectionism is that of Jared Kant who, as a kid at school, was compelled to always erase a whole sentence if there's a mistake in one word. Jared often went to great lengths (erasing entire essays and tests) just to get rid of even the slightest mistake. Similarly, if you insist on striving to create a product that's utterly perfect, then you'll be saddled with a litany of demanding features that your team will need to develop. The concept of a minimum viable product (MVP) won't even appeal to your demanding sensibilities.

2. You'll be exposed to excessive levels of stress.

Because your benchmarks for success are unreasonably high, life basically becomes a ground fight between you and the stress you're placing yourself under. You'll be exerting so much effort at perfecting even the non-essentials, that finding opportunities to relax and get refreshed becomes non-existent. There's no doubt about it, you'll eventually burn out and the lows will be much lower.

3. Your creativity will run dry.

High performance requires a lot of work. Perfection takes much more. If delivering high-quality results in your business already takes a considerable toll on your creative energy, then a dogged quest for perfection can only bleed you dry.

4. You risk damaging your health.

In some cases, perfectionism is recognized to be a psychological issue. But, it's often forgotten how much it can also endanger your physical well-being. Just imagine what hours of lost sleep and missed meals can do to your body over time. You'll certainly see the potential physical damage perfectionism can inflict upon your health.

This is a major reason experts dissuade entrepreneurs from ever becoming perfectionists. You'll never get things done on time. You'll spend too much time planning and perfecting a product or feature, before launching it. My advice is to always launch even before you feel ready because that's the only way you can gather valuable feedback that will help you improve your product. Otherwise, you'll be less productive trying to make everything absolutely perfect. To cope with my own perfectionism tendencies, I developed my own productivity system called, the Just Say "No" Time Management System for entrepreneurs.

6. You'll be crushed when you fail.

7. You won't be open to compromise.

Flexibility is an extremely rare trait among headstrong and idealistic perfectionists. But among entrepreneurs, being flexible is critical for success. Top entrepreneurs quickly adapt to changing business realities, making them better innovators and creative thinkers than most perfectionists. This is one of the most common character traits I see in successful entrepreneurs from my interviews.

Some psychologists consider perfectionism as a phobia: the fear of failure or making mistakes. If the thought of failure prevents you from taking the next step, then you won't really get things done. In contrast, successful entrepreneurs thrive by learning from their mistakes and pushing forward. And nearly all of them encountered major failures along the way, including yours truly.

9. You'll be seen as a monster by your peers and employees.

People who know Steve Jobs are aware of the terror his perfectionism created for the people he worked with for many years. While being a monster might not be on your personal development agenda, unbridled perfectionism can turn you into one without even realizing it. There's a real tendency to hold people against the very same demanding standards you set for yourself. In many cases, it's just a recipe for disappointment for all parties involved.

While everyone wants a perfect life, a perfect spouse, or the perfect business, nothing of the sort has ever existed. It's merely your warped perception of how others live, that causes people to want to emulate the lives of other. Rather, well-balanced people tend to experience the most happiness throughout their lives. Not so for perfectionists, according to research professor Brene Brown. She concludes: if you want to be happy, stop trying to be perfect.
In the fast-paced world of business, it's better to aim for excellence, than take the long shot to perfection.
While it's possible you'll consistently benefit from striving to be perfect, the exceptions to the rule are few and far between. That's why they're called exceptions. Spending too much time perfecting a feature simply has no place in this era of agile business and smart product iterations.
Do you have a different opinion? Do you think perfectionism has more benefits than drawbacks?
Share your thoughts with me, I'd like to hear what you think.