How to Write Copy People Notice, Read, and Trust: Lessons from "The World’s Best Copywriter" 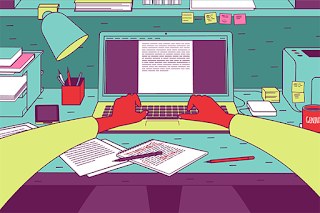 The phone rang a couple times before he picked up.
“Hello?”
“Hi,” I said. “Is this Pat Corpora?”
“Yes, it is.”
“It’s Eddie Shleyner,” I said. Silence. “I sent you a message on LinkedIn … about the Sampler. You replied with your number … told me to call.”
In 1995, Pat published The Doctor’s Vest-Pocket Sampler of Natural Remedies, a piece of direct response mail designed to sell a bigger, more complete book called New Choices in Natural Healing.
In other words, the free “sampler” book was designed to garner the attention, engagement, and trust necessary to sell prospect’s on the real product, the money-maker.


Pat smirked. “Okay.”
“At least it is among copywriters,” I said. “That’s why I’m calling: I’m writing an article about the Sampler -- because it’s a master class in written persuasion -- and I want to make sure I get the facts right.”
“Sure.”
“Well, first of all,” I said, “how many did you send out?”
“Oh, I’m sure we mailed 50 million copies,” said Pat. He paused. “Yeah, about that many.” He paused again. “It was a huge number.”
“And how many books did that sell?”
“Oh, millions.”
“Millions?” I said.
“Millions. It was our most successful mailer ever.”


How did Pat sell all those books?

He hired Gary Bencivenga to write the copy. 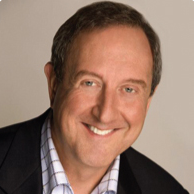 Bencivenga is a Hall of Fame copywriter. He’s on par with John Caples and Eugene Schwartz, David Ogilvy and Joe Sugarman. He knew what he was doing. That is, he knew how to write copy that captured attention, garnered engagement, and drove readers to take action.
Like any effective copywriter, Bencivenga was part writer, part psychologist. As a writer, he was able to produce clear, concise sentences. As a psychologist, he excelled at thinking like his prospect. He understood her, empathized with her. And that’s what this article is about.
It’s about the big-picture concepts you can learn by studying one of Bencivenga’s most successful controls. In other words, this article won’t teach you how to write like a copywriter as much as it’ll teach you how to think like one.
You’ll learn the rules of the trade, the fundamentals of crafting ad copy people notice, read, and trust.


How to write copy people notice, read, and trust.

If you don’t already own The Doctor’s Vest-Pocket Sampler of Natural Remedies, you can buy one on Amazon for a buck or two plus shipping. If you’re a serious student of copywriting, I recommend ordering your copy as soon as possible, reading it daily, and transcribing it often. When you receive it, smile. You're holding one of the finest direct marketing assets ever created.
What makes it great? It follows three important principles:


1. It hones in on a single, primary desire.

That’s why people notice it in the first place.
People buy things to achieve their desires. Period.
“Every product appeals to two, or three or four of these mass desires,” writes Eugene Schwartz in his classic book, Breakthrough Advertising. “But only one can predominate.”
The Sampler’s target audience was older, likely suffering from an ailment, likely fatigued from the side-effects of conventional medicine, and likely eager for alternatives. Natural alternatives. Bencivenga honed in on this.


How to Hone In

Once you know, with absolute certainty, what it is your prospect desires:
a) Make the desire plainly visible and unmistakably clear.
This will ensure that the prospect sees it.
The Sampler displays the words “NATURAL REMEDIES” in big, bold, capital letters on its cover. In fact, those words appear twice, which brings us to my next point …
b) Repeat the desire over and over, using synonymous terms.
This will keep the prospect engaged without wearing her out on the same verbiage.
The Sampler alludes to the concept of “natural remedies” using many different terms, including “self-help remedies” and “non-surgical remedies” and a half-dozen others. Each is a new and engaging way to remind the prospect about the same thing. Each variation whispers, “This is what you want, Dear Reader. Remember? This is what you need!”
c) Sound realistic.
This will allow the prospect to take your copy seriously.
The Sampler doesn’t over-step its product’s promise. For instance, the word “antidotes” sounds more compelling than “remedies” but it’s also less plausible, which is why Bencivenga never uses it. After all, he’s selling a book with thousands of medical suggestions. They’re not all winners. Reasonable people know this.
If you say something that plants doubt in your prospect’s mind, even once, you might lose her. Fantastic claims are risky because they're hard to believe. Temper your promise to give the message a chance.

That’s why people read it.
The Doctor’s Vest-Pocket Sampler of Natural Remedies doesn't look like a mailer. It looks like a book:

The cover is card stock and paper inside is thick, too. The back is blank, clean, except for the publisher’s mission statement: “We publish books that empower people’s lives.”
The Sampler is also 50 pages long, neatly organized into four enticing chapters:
Chapter 1: Natural Remedies for Whatever Ails You …
Chapter 2: Secret Healing Triggers …
Chapter 3: How to Instantly Get a Second Opinion, or a Third, Fourth, or Tenth!
Chapter 4: For a Lifetime of Greater Health, Try This …
Each chapter is well-formatted and written in plain English that’s scannable and digestible, peppered with bolding and italics that highlight value. Bencivenga gave the Sampler all the characteristics of a real book, which is why Debra-from-Nebraska pulled it from her mailbox, then sat down, put on her glasses, and actually took the time to read it.
“Allow the reader to enter into your ad with the least possible mental shifting of gears from ‘editorial’ to ‘advertisement’,” writes Schwartz. “A single change in format can add 50% to your readership, and your results.” Schwartz calls this concept Copy Camouflage. It refers to taking elements from trusted mediums and using them to lend clout to your ad. This is also known as “borrowed believability.”
Online advertorial articles, or “sponsored” posts, are a good example of this: they look and read like typical articles but have a hidden sales agenda. Bencivenga uses the same tactic, except he camouflaged the Sampler to look and read like a book.

Once you know the medium your prospect recognizes, likes, and believes:
a) Borrow the format.
This will help your promotion look familiar to the prospect.
The Sampler looks like a book because it was published before the internet took root (circ. 1995), when physical mediums (e.g., books and newspapers) were among the only recognized, credible sources of written information.
b) Borrow the words and tone.
This will help your copy sound familiar to the prospect.
The Sampler sounds comprehensible, colloquial. It uses simple words -- not medical speak -- to convey clear, concise advice that makes sense to people. And that brings us to the final principle …

That’s why people trust it.
Bencivenga packed the Sampler with advice that can help people live more comfortable lives:
In fact, almost every page lends a valuable suggestion, something that makes the reader feel excited about the future, hopeful. Something that makes her say, “Wow, I had no idea ...” Over time, these feelings compound and intensify in the reader, engendering trust.

“Couldn’t it be that if someone took care of you, very good care of you; if this person would do anything for you; if your well-being was his only thought: is it impossible that you might begin to feel something for him?" - Bob Benson, Mad Men

How to Deliver Value

Once you know what your prospect values:
a) Highlight it.
This, again, will ensure that the prospect sees it.
The Sampler is full of bolded, italicized, and underlined words and phrases. It’s full of headlines and subheads, sidebars and images. Remember, people can’t begin to draw value from information if they never even see it.
b) Make it clear and concise.
This will fill the prospect with hope and excitement over her newfound knowledge.
The Sampler uses clear language and short, crisp sentences. Even though it’s a medical book, a native English speaker will comprehend every word. Remember, people will only get value from information they understand.
c) Make it actionable.
This will satisfy the prospect, making her happy.
The Sampler tells readers what to do but also explains how to do it. For example, want to treat asthma? “Blend two ounces of onion juice with two ounces of carrot juice and two ounces of parsley juice, then drink this blend twice each day,” writes Bencivenga. “Of course, use this remedy in conjunction with proper medical treatment.”
Remember, people will get the most value from information they can put to use.


“So, what did working with Gary teach you?” I asked.


“Well,” said Pat, “like many other tests I was involved in, it proved the power and importance of copy.”
I nodded, silently, on the other end.
“When we launched new titles, we always tested two or three different copywriters, “ said Pat. “Sometimes the different approaches were close, within 10 percent. But sometimes, it was a 100 percent difference in response rate. That’s what it was with the Vest-Pocket Sampler. That’s the power of great copy.”