Time to Move On: Three email marketing habits your customers are sick of seeing

by Courtney Eckerle   Habits are strong, and the biggest part of their hold over us is that we don’t often recognize them. Sometimes... 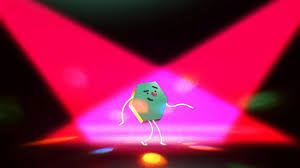 Habits are strong, and the biggest part of their hold over us is that we don’t often recognize them.
Sometimes, our worst habits need to be pointed out in order for us to summon up the will to actually change them.

Email marketers have a lot of these small habits that have built up over the years. We use so-called “best practices” so often that we run them into the ground, forgetting to actually test to see if these habits are helpful or harmful.

Read below to see if these three habits are ones that you need to break.

Every marketer is looking for that new hook that is going to catch a subscriber’s attention the second before your carefully crafted email is tossed into the trash.

That can get old for subscribers though. When you’re constantly changing up your subject-line strategy to find that hook, what you usually end up losing is clarity.

There’s something to be said for people knowing what they’re going to get when they open up your email. I’ve fallen prey to my fair share of tricky or “clever” subject lines, and when I realize what has happened, I feel … well, tricked.

For example, once I got onto the list for an online wine club, which was essentially a millennial twist on a wine-of-the-month club.

I never actually signed up or ordered anything, but about once every two weeks, I would get an email letting me know I had some kind of free something-or-other waiting for me; I’ve unlocked some fantastic new deal.

It always came “directly” from a person (we’re all email marketing friends here; we know that the chances that person actually, totally wrote that email are at best 50/50 — it’s a friendly trick to make you forget it’s a company) and their name would rotate between about three different senders.

The subject lines were always wildly different, and clearly they were experimenting to see what would finally grab my latent attention.

That’s fine. And actually, it’s not a bad tactic to test and see what works on unmotivated subscribers, especially if, like this company, you’re sending an email about the same thing over and over again.

Then one day, I got this email in my inbox — it grabbed my attention, and without thinking, I actually clicked.

Of course, from the subject line, “Your Account” and pre-header, anyone would assume this is some kind of serious, important notice from somewhere serious and important.

Nope, just an email from a wine club I never actually joined letting me know the same thing they’d been trying to let me now for months — my “account” had *gasp!* unlocked that same special deal again.

They’d gotten me to open the email, sure, but is that really any kind of prize, since my next action wasn’t to click through on the offer, but to unsubscribe? I was annoyed.

It was basically the email marketing version of the “just kidding!” punchline.

I was probably a “halfway there” prospect. I was right in the middle, just waiting for the email marketing team to entice me all the way to purchasing, or send me all the way back to totally uninterested.

Habit #2. Starting with the hard sell

The other issue with those wine club emails is that they were constantly focused on the hard sell. I barely knew anything about this service, or why I needed it, and they were trying to get me to shell out immediately.

It’s an easy habit to fall into — you know everything about your product, service and company, so you assume others do too. You’re looking at the end goal and missing the football field in-between.
Focus on being helpful to your potential customers. Coach them on your brand’s value proposition with email content that serves them in some way.

For example, I think I got onto the wine club list because I took some kind of a quiz I saw on Facebook promising to reveal what kind of wine my personality was. Clearly, I know nothing about wine. My wine- shopping criteria is usually (1) what’s red, (2) under $11, and (3) closest to my cart.
So they were trying to get a person like me to spend a bundle of money on a wine club — without explaining how it would add value to my life or how I would learn to become a sophisticated sophisticate, who would easily and gracefully drop terms like “viscosity” and “bouquet.”

The emails should have taken me on the journey to transform me into a viable prospect. Even if I had joined the wine club, I probably wouldn’t have stayed, because I wouldn’t have understood the value of what they were sending me.

Habit #3. Forgetting about your one, true call-to-action

Sometimes email marketers go too far in the direction of adding value to an email, and they become busy.

I get emails promoting blog content next to social media next to a product next to a sale. I get the idea behind it, and in theory, I agree — let the customer decide. Instead of choosing the one call-to-action for them, we’ll throw four at them and see if one hits the mark.

The end-result, however, is usually chaos. I say usually because really, in the email marketing game, who knows? Test with your customers to see what works for them.

But when I step back and think about my experience with these emails as a subscriber, I’m not grateful for the options. Usually, I don’t really have any particular direction to look in, so my eyes don’t stick anywhere. I slide right out of that email and into the next one.

Bart Thornburg is the senior manager of email marketing at Wedding Wire. During MarketingSherpa Summit 2016, I interviewed him about a discovery he made with the social media icons in his emails.
“When we first started doing that … it was the best practice. [It was] when social media first came around. But we never looked back at it and never did a reality check to see if it still made sense, and … if that was still working,” he said.
Thornburg and his team found out that absolutely no one was clicking on the social media icons in the emails they were sending out, and actually, “in the last 24 million sends that we’ve done, we’ve had zero clicks on the Pinterest icon,” he said.

It became a fixture in the email template, so people’s eyes just glazed over it, making it pointless — but it had another reason as well.

“Actually, I kind of view it as a failure for that email if they do click on anything but my main CTA. That was the point of sending the email,” he said.