Why Social Media Is Better Than Email Marketing

by  Jimmy Kim LAST  month I did a blog post about why Email Marketing is BETTER than Social Media. If you haven’t seen it yet, you c... 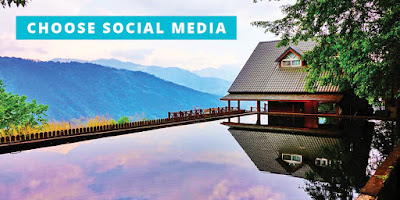 LAST month I did a blog post about why Email Marketing is BETTER than Social Media.
If you haven’t seen it yet, you can read the article here!


In today’s post, I’m attempting to take the other side and share with you why social media is BETTER than Email Marketing.
Why? Because there are two sides to each story.  We could argue until we’re blue in the face about which is better, but I like knowing my odds and wanted to explore both angles.
So, let’s look at the facts.
Caution: math ahead

Fact 1. How often do people CHECK email versus social media? 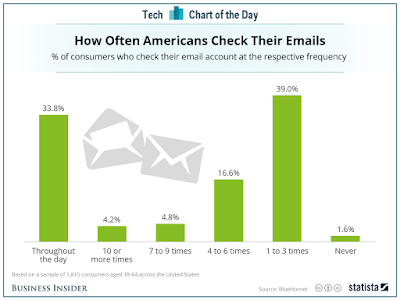 According to Business Insider, the average person checks their email 1 to 3 times per day and spends roughly 45 seconds each time they do.
They also report that 33.8% of people check their emails over 150 times a day. And that percentage is growing fast!
If you take the length of time spent checking emails (45 seconds) and multiply it by the number of times (150) – that’s a crazy 6,750 seconds
Or
112 minutes
Or
1 hour and 52 minutes a day.
But while about a third of internet users spend that much time checking and rechecking, the average person spends less than 3 minutes TOTAL monitoring emails.
On the other side, an average person spends about 1 hour and 45 minutes a day on Social Media. Unless you’re aged 18 to 26… CNN reports that this age group spends an average of 9 hours EVERY SINGLE day on Social Media!
While you shouldn’t ignore that 33.8% of email users, if we’re talking 3 minutes of viewing time versus almost 2 hours… I say by spending MORE time focusing on Social Media, there is a higher chance to get your brand, product, or face in front of your consumer.

Fact 2. The REAL number of users in the world 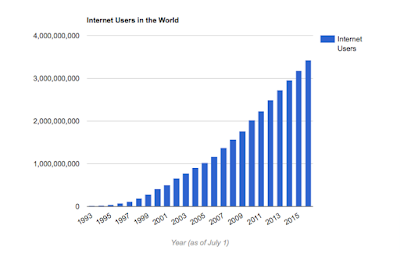 There are 3.4 BILLION computer/mobile device users on the Internet today.
Now, Statista reports there are over 2.7 BILLION Social Media users and 4.3 Billion email accounts.
Which made me start to scratch my head… How are there more users of email than computers?
Well, I just checked and I personally own 10 email accounts. But, according to Radicati, the average person has about 2 email accounts.
So, if we take the total number of email accounts (4.3 billion) and divide by the average number per person (2) – we’re left with just over 2 Billion users with email accounts.
Compare that to social media’s 5.54 accounts per person, which means that number of 2.7 Billion gets cut down to a mere 487 Million users.
Conclusion here – there are MORE users on email than social media!

According to Get Response, the average click through rate of an email is 3.57% versus the average click thru rate of social media platforms – 0.07% for Facebook and 0.03% for Twitter!
That means, you would have to get your message in front of over 20 times the number of people in order to get the same number of clicks using Social Media.
So, let’s do a little math.If I need 100 clicks to my site, I’d take 100 clicks and multiply by the click through rate of 3.57 and would need to get my email out to roughly 357 people… compared to about 7,000 people in social media!
Something tells me that 357 is a much easier goal so email beats out social media when it comes to clicks. I’ll take those odds!

According to DMA – a whopping 66% of consumers have claimed they have made a purchase influenced by an email.
Versus the average of 47% influenced by social media.
Why? Because as my previous article mentioned, people use email for business while social media is used to connect with friends, family and entertainment.

This was the ONLY other part in which I found that Social Media does TRULY dominate Email Marketing.

There is NO QUESTION that people who come to a site from Social Media have a higher engagement rate than email.
Because the user came from social media they generally have a tendency to already be social, and share, like, AND… engage!

Taking an email viral is tough. But a social media post? It happens almost daily.
Viral = Free Traffic and Clicks to your site.

When a person is on an email list or gets an email, they are usually “warm” and aware of your brand. They already know of you because they saw what you had to offer and opted-in, right?
Well, Social Media does a great job in growing your brand and awareness and in this way you “warm them up” as well.
Remember I talked about how it would take roughly 7,000 people to get 100 clicks through social media? Well, remember one thing: even if it took 7,000 people to click – 7,000 people saw your brand.Compare that to only 357 people – the chances of branding are significantly increased 20 times with social media marketing!

Well there is no surprise here. Social Media, especially Facebook, offers and delivers some of the best paid advertising in the marketplace.  I use it daily for all my businesses and it allows the best targeting in the world right now.
Will I stop email media? Probably not, because it’s still a toss up on what’s better in terms of ROI and reach, but at the end, I do believe Social Media Advertising is just starting to grow and may eclipse email advertising in the future.

Here’s the reality… the BEST way is to combine Social Media WITH Email Marketing to maximize your reach and grow your business.
I learned a lesson when I was younger – never put all your eggs in one basket. This applies to everything in life, especially in business.
Like winning poker players, successful marketers excel at probabilistic thinking. Rather than bet on one hopeful outcome, they prepare for a wide range of hands. Keeping yourself diversified allows you to protect your business and your income and it’s clear that both email and social media marketing work.
So the only question of the day is, are you going to optimize your Email Marketing OR Social Media strategy first?
Source